AVAILABLE TO BUY ON AMAZON! 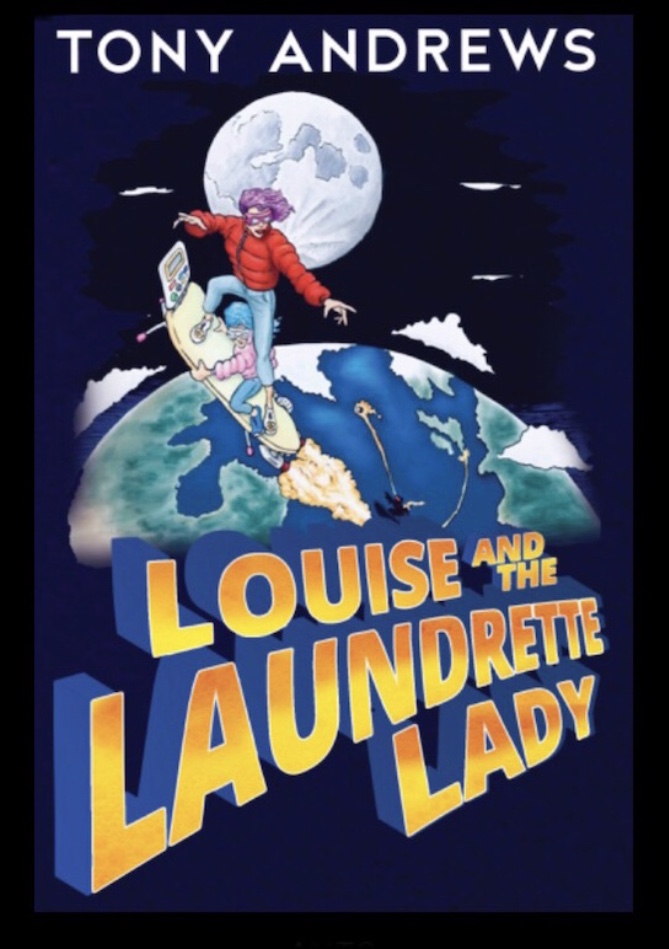 Louise Buttersky’s first memory is of her parents robbing a bank. With their riches, her parents buy a seaside cottage in which she would experience a spooky near-death accident that would change her whole life. At the age of eight, Louise loses her parents in a bizarre hot-air balloon episode – they floated upwards as if being pulled by a mysterious force, then just disappeared! Where did they go? Devastated and alone, Louise must find the courage to carry on. When her washing machine blows up, she decides to take her laundry to the laundrette where she meets Betty, a beautiful, pink-haired, eccentric lady. Taking refuge at her house during a thunderstorm, Louise and Betty, with her jet-powered rocket ironing board, battle a terrifying witch, Roaring Meg. Louise soon discovers that Betty isn’t quite what she seems. Why was Roaring Meg after Louise? Will they be able to defeat the crazy witch and will Louise ever see her parents again? Step into a world of wizard magic, flying surfboards and washing machine race cars – it’s an adventure you won’t forget! Illustrations and cover art by Mark Elmer.