Tony’s album (Whatever Makes You Happy) has now been released by Big Fuss Records, in California.
12 songs to help cheer you up and blow your blues away 🙂 …
This album is on Spotify and Itunes.
Tony has just released a second album,
‘JUKE BOX FROM THE BAMBOO BOOGIE BURGER BAR’ 17 songs (a collection of 12 old demo tracks followed by 5 Rock tracks)

Tony writes everyday, he loves working on his songs and stories.
His book “LOUISE BUTTERSKY” is out now 🙂
To buy your copy …. just follow the red letters …. 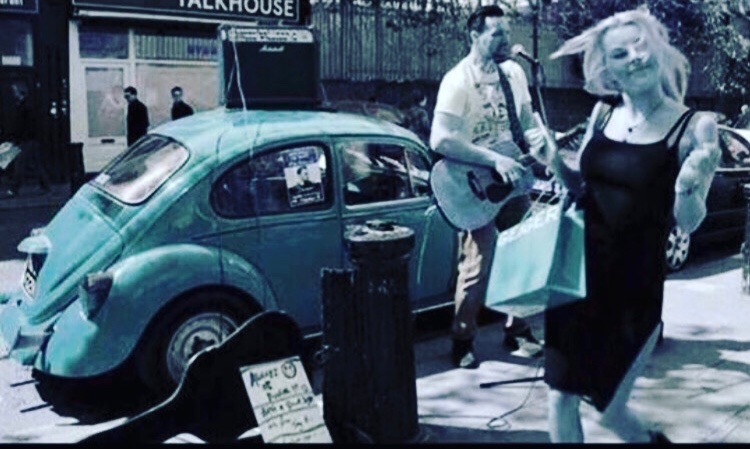 Tony had lots of fun playing in a couple of different rock bands, he’s also performed many gigs as a solo artist.

His sister gave him an old ice-cream van (which they transformed together into a mobile key-cutting wagon).
Tony started trading as a key-cutter down at Portobello Market twice a week (Weds and Fri). 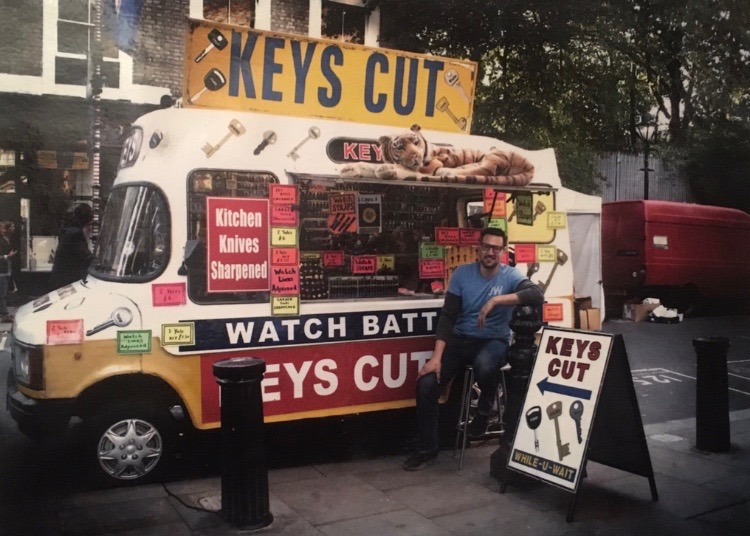 He kept busy cutting-keys, changing watch batteries, sharpening kitchen knives and engraving pet discs, but his favourite thing was singing out on Tavistock Square every Friday afternoon. Using his Marshall amp he’d belt out songs with his twelve string guitar and harmonica. Tony was often joined by his friend, Stephen Ellery, an exceptional saxophonist. 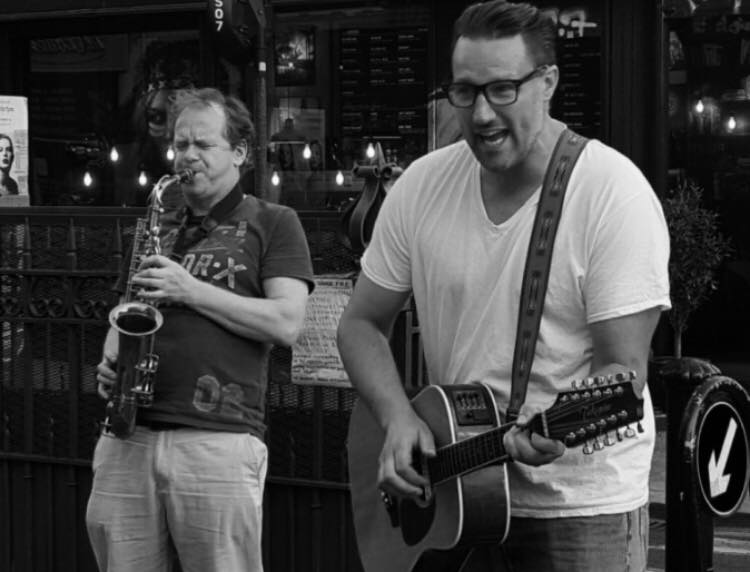 Tony pushed himself constantly, writing, performing, recording and producing his own songs at his local studio, sometimes acoustic projects, sometimes band projects. Around this time, some of Tony’s songs were being played on Radio Caroline, Radio Verulam (St Albans), and WABG Radio in Mississippi.

Tony’s deeply inspired by Brian Wilson’s amazing album ‘Pet Sounds’. He loves all kinds of bands and artists… The Beatles, The Kinks, Creedence Clearwater Revival and Led Zeppelin are his fav bands.
Tony will be back in the studio soon, recording some new material.

Tony has something he’d like to say to all the hard working artists out there ……
‘Your Art makes this world a more beautiful place, so please keep doing your thing, when you get a knock-back, just get back up on your feet and keep on keepin on!
Keep believing in yourself and never give up on your dream !!!’ 🙂

Below are some of Tony’s favourite Bands, Authors and Artists